Apply for your California fishing license on line HERE. 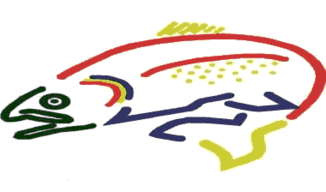 Slowly Dave began to involve his friends into the tournament. Jim Baber would pay for the trophies, John Kruger would put in $250.00 BIG FISH pay off. Others donated gifts, Bob Lienau donated printing and Dave continued his generous contributions as well. Today there are many contributors that give to this organization.

The tournament started out being held in the month of May and over the years had grown to 125 participants. There was some bad weather one year and the group dropped back down to 85 the following year. It was then decided to move FATIT to the month of June. Weather is still a bit unpredictable but better odds for mild fishing conditions. That was the year it jumped to 200.

Golfing was also included in the weekend, in fact it is not uncommon to see fishing partners putting away the rods and picking up the clubs to hit the greens for the rest of the afternoon.

We are contributors to several charities and a major Crowley Lake fish plant contributor. FATIT is the only "Catch and keep" fishing tournament that puts more fish into the lake than we extract.

FATIT has been around for over a quarter of a century and is still going strong.

Always an emphasis on family and friends, and that is what makes this tournament stand out from all others.